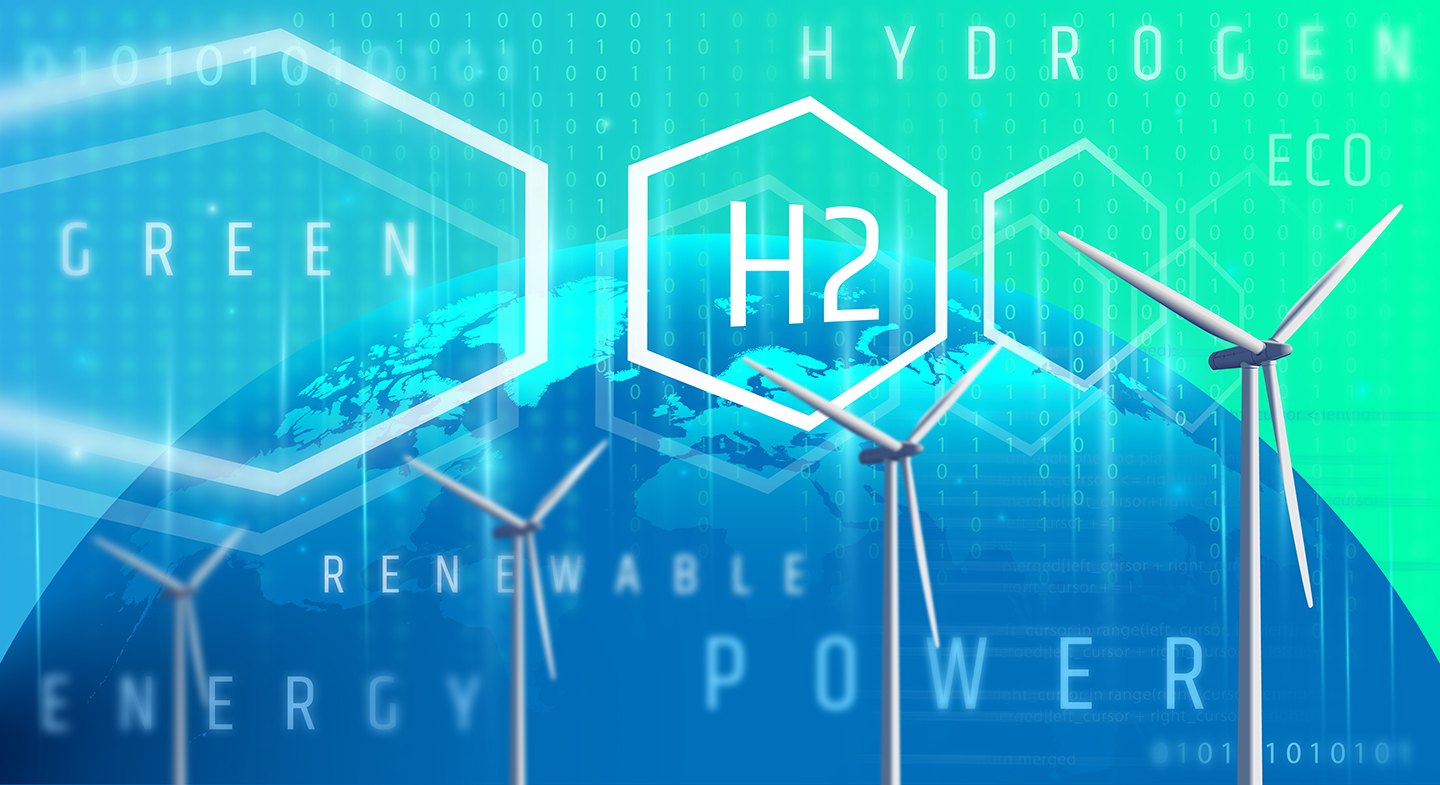 As part of our diversification into the renewable energy sector, Core is pleased to announce that it has received purchase orders from Plug Power in the United States of America to provide technical assurance for several projects associated with the generation, storage and the distribution of green hydrogen.

We hope to develop our relationship further to include all areas of operations in what has become, a rapidly expanding market worldwide.

Hydrogen is the most abundant element in the universe and is present on Earth in great quantities combined with other elements. It is colourless, odourless, tasteless, non-toxic, and highly combustible. It is versatile because it can be used as a fuel source in several sectors and can be compressed into gas or liquefied to make it easier and cheaper to transport.

Electricity generated using hydrogen in fuel cells can be used in a wide range of applications, including transportation, material handling and stationary, portable, and emergency backup power (replacing traditional diesel generators). Hydrogen fuel cells have no harmful emissions with the only by-products being heat and water.

As the use of electric vehicles becomes more widespread, the use of a hydrogen fuel cell has advantages over the conventional battery in that it requires less maintenance, takes up less space, avoids the problems associated with battery change out, whilst disposal and charging of the fuel cell is minutes rather than hours.

The production of hydrogen requires energy with the associated level of greenhouse gas emissions varying from process to process.

Green Hydrogen is produced using electricity from renewable sources to split water molecules into hydrogen and oxygen by electrolysis. This is classed as carbon free hydrogen. To achieve UK net zero emission targets, renewables will have to provide a greater share of the electricity demand which is why in the UK we are seeing significant investment in both onshore and offshore wind farm development. Renewable energy production fluctuates depending on the weather and this has presented potential opportunities to produce Green Hydrogen on occasions when surplus electricity is available.

There have been, and still are, many proposed UK projects based upon the Blue Hydrogen process and carbon capture. These projects are at various stages of development including Peterhead Carbon Capture Power Station in Aberdeenshire and Keadby Carbon Capture Power Station in East Yorkshire. However, these projects rely on the UK CO2 transport and storage infrastructure, which underpins plans to deliver the UK’s low-carbon industrial clusters such as the Scottish Cluster (Grangemouth) via the Acorn Project at St. Fergus.

Likewise, there are many proposed UK projects based upon Green Hydrogen production particularly in Scotland. Scottish Power has secured government funding for the first phase of its 20 MW Whitelee Windfarm hydrogen production and storage facility. This facility will use surplus renewable electricity from the wind farm as well as power from a proposed new 40 MW solar farm and a 50MW battery storage for the creation of hydrogen. This project has the support of Glasgow City Council in their drive to be the first Net Zero City in the UK as the facility can help provide the refuelling infrastructure that is required across the region.

The creation of a Flotta Hydrogen Hub in Orkney proposes to utilise electricity from a new west of Orkney wind farm development to produce hydrogen which could be exported by ship or via a new pipeline into the UK gas grid.

The above projects are at various stages from conceptual through to detail design and none are on line. However, this demonstrates a commitment and enthusiasm from all those parties involved that hydrogen opportunities will be supported and we at Core believe we have the required skills to play our part.

Placing renewable energies at our Core

The Rise of Remote Service Delivery

This is Engineering Day

Subscribe to receive our latest news and views via email. We will not share your details with anyone else.